Whether you run a small family practice or a hospital, it’s important to get the facts straight on medical debt in the United States.

As a healthcare provider, the success of your practice depends on your revenue cycle management process. In a perfect world, your patients would always pay their balance in full, and they would do so on time, but the fact is that we don’t live in a perfect world. And, in order to make the most out of your revenue cycle management process, it pays to understand the facts on medical debt in the United States. That’s why the experts at Bonded Business Services have come up with this list of need-t0-know facts on medical debt:

Uninsured patients have the most trouble paying.

Americans are concerned about paying for medical bills.

That same survey found that 62 percent of the participants were concerned about their ability to pay their medical bills, should they become ill or injured. Some people are so concerned about their ability to pay that they forego treatment altogether. In fact, 28 percent of participants reported missing follow-up appointments, skipping tests or not getting treatment over the past year because of the high cost of care.

Unexpected medical bills are the most difficult for Americans to pay.

Americans often get creative when it comes to paying medical bills. 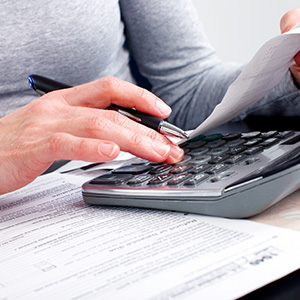 Apart from having to empty long-term savings accounts and apply for high-interest personal loans to cover their medical debt, it can affect American families in many other ways as well. Even for people who have insurance, medical debt can make it hard to make ends meet. In fact, 55 percent of people who have both medical bills and health insurance say they are barely getting by, and a third of people who had medical bills didn’t have enough money to cover basics, like heat, food or housing.

Understanding medical debt can help to streamline your billing and collections process.

At Bonded Business Service, we are dedicated to helping you enhance your revenue cycle management process so that you can increase your recovery rates in your practice or hospital. Understanding the ins and outs of medical debt, and the effects it has one the lives of everyday Americans, is important for your process and your practice’s relationships with your patients. Let us help to show you the way. Contact us today to get started.